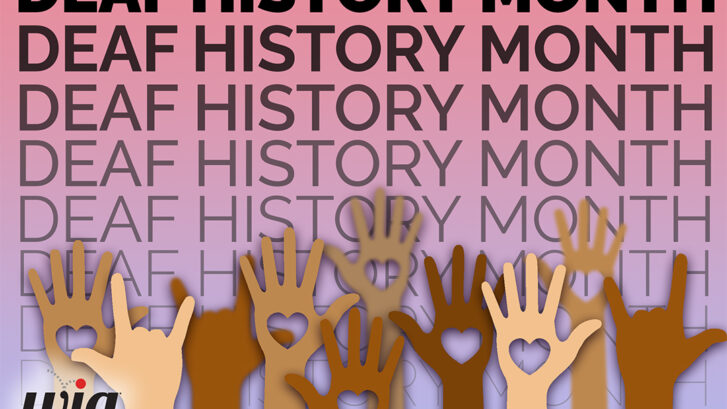 We at WIA are thrilled to honor the trailblazing deaf and hard-of-hearing people who prove animation truly is for everyone!

Join us this month — and every single day — in recognizing these groundbreaking global artists’ courage, accomplishments and sacrifices which accurately and respectfully brought deaf culture to animation.

Carin Powell is a 3D animator who has had single-sided deafness since early childhood. She is also the writer and director behind Liftoff, a short animated film about a deaf dancer. Powell worked at Anamon Studios in San Francisco, and through hard work and exceptional talent, became the lead animator and fix team lead on their short film, Let’s Eat.

Along with fellow creative Nora Ng-Quinn, Powell co-founded of Signing Animation, a non-proft organization created in January 2020 as a way to combat the bias against deaf and hard-of-hearing talent in the animation industry. Through her work with Signing Animation, she aims to demonstrate the singular talent of deaf and hard-of-hearing artists, the methods by which integrated teams can thrive, and the transformative power of storytelling.